Couples who are able to move past infidelity have one important trait in common. 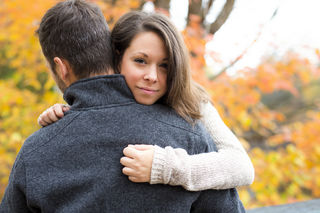 Across the board, however, one of the most devastating relationship transgressions is infidelity. Yet many couples manage to overcome such betrayal; some even grow to have a stronger relationship. How do they do it? Research indicates that the answer involves two related concepts — relational commitment and the capacity to forgive.

Ysseldyk and Wohl (2017) conducted two studies examining the relationship between relational commitment and transgression.[i] In an article aptly named “I Forgive Therefore I’m Committed,” they found the severity of the transgression to be linked with decreased commitment, although this relationship was mediated by forgiveness. The greater the amount of forgiveness, the less commitment loss.

It is significant to note that although their research did not demonstrate that forgiveness increases relational commitment after a transgression, it apparently mitigates the damage by slowing a decline in commitment.

Previous research by Finkel et al. (2002) found a positive association between relational commitment and forgiveness.[ii] Their results also indicated that commitment inhibits destructive reactions to betrayal, such as neglect or leaving the relationship — a result they note can be interpreted in the alternative, finding that low levels of commitment have no such inhibitory effect. They acknowledge the importance of this finding in light of prior evidence that destructive behaviors harm relationships more than constructive behaviors help them.

What are the causes of infidelity, and do they matter? Research by Finkel et al. says yes. They found the commitment-forgiveness link was mediated by positive cognition — finding external explanations and extenuating circumstances to explain partner betrayal — rather than attributing the betrayal to internal causes.

They give examples of attributing a partner’s betrayal to situational variables or even to chance, rather than to more malevolent explanations such as intent or disposition. They explain that forgiving partners may be more willing to give a partner the benefit of the doubt, consider the circumstances surrounding the betrayal, or even accept some measure of personal responsibility for an incident.

Do these behaviors make victims enablers? Although this is clearly another avenue of important research, it is significant to note that, apparently, systematic external processing of betrayal facilitates forgiveness. And let us not forget that men and women view infidelity differently, depending on whether an affair is physical or emotional. This, in turn, may impact the ability and willingness to forgive.

Bendixen et al. (2017) found that heterosexual women were more likely to perceive emotional affairs as threatening to their relationships than sexual affairs.[iii] Men, though, appeared to be more willing to forgive emotional infidelity than women, and more likely to believe that their own emotional infidelity would be forgiven. The authors note that this finding is consistent with research indicating that women are more distressed by emotional affairs than men.

They also found that men viewed partners as possessing less mate value after the partner had been unfaithful sexually as opposed to emotionally unfaithful. In addition, men reported that they would suffer a higher degree of emotional distress in response to sexual infidelity than women did.

Couples that decide to stay together after infidelity are no doubt well aware of the importance of relational commitment and forgiveness, regardless of whether the affair was physical or emotional. Counseling is available for partners who decide to heal the relationship and move forward. Many are successful.